Well I have to admit Donkey Kong is not my favorite game (but that is because I stink at it.) But it is a wonderful addition to any classic arcade collection

Donkey Kong, manufactured by Nintendo, holds a copyright of 1981 and was available in both upright and cocktail table versions. It's game play was simple; Make it to the top of the building without getting hit be a barrel, torched by a fireball or squashed by a mudpie.


Donkey Kong has escaped from the zoo and kidnaped Mario's girlfriend, Pauline. Unfortunatly, It's still the 80's and Mario doesnt even have a name yet so we just call him Jumpman. Jumpman must climb level after level of fallen i beams to reach his love at the top. Mario's only defense is an occasional hammer and his ability to jump. Too bad for him that If/ when he does make it to the top, Donkey Kong just snaches up Pauline and heads for higher ground
The Restoration

The restoration wasn’t too bad. I bought my Donkey Kong at one of the US amusement auctions in working order. The control panel wasn’t too bad but it needed new buttons and a joystick. The cabinet had no side art and a few battle scars. A trip to the paint store got me a color matched quart of paint to fill in the scratches, and help from the Arcade newsgroup got some side art for the machine. Another deal on the newsgroup landed a nice front monitor glass as mine was scratched. The original light behind the marquee was shot, so I got a new lamp fixture from the hardware store as the Nintendo original uses a fixture with a weird starter that no one will ever find. The coin door came off and was repainted and the aluminum coin area was cleaned and sandblasted. Years later I added Braze Technologies Double Donkey board and even later, added a Braze Technologies kit that added high score saving. All in all it’s a nice addition to the Basement Arcade!

Picture Gallery of My Donkey Kong 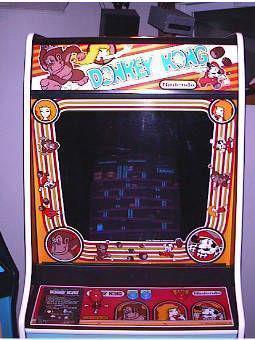 All cleaned up and ready for some FUN! 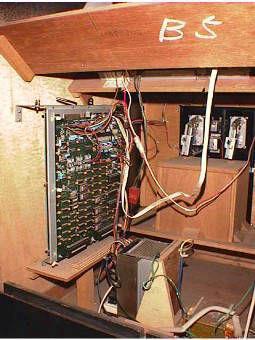 Word to the wise. Never use flash cameras to take pictures of P.C. boards with uncovered windows on the Eproms! (A long story for another time.) 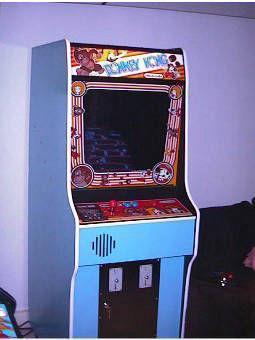 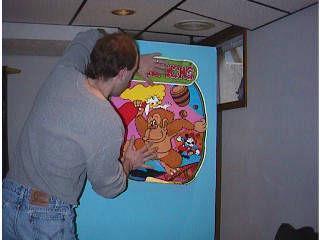 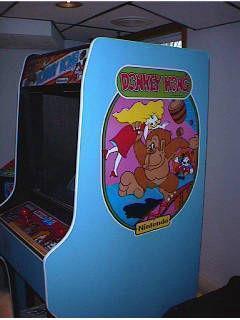 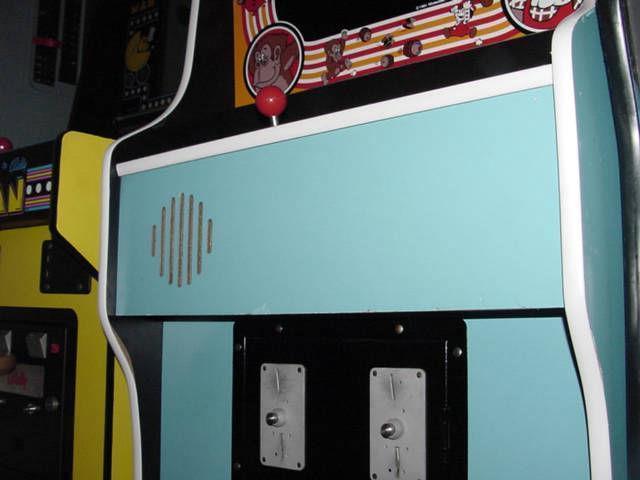 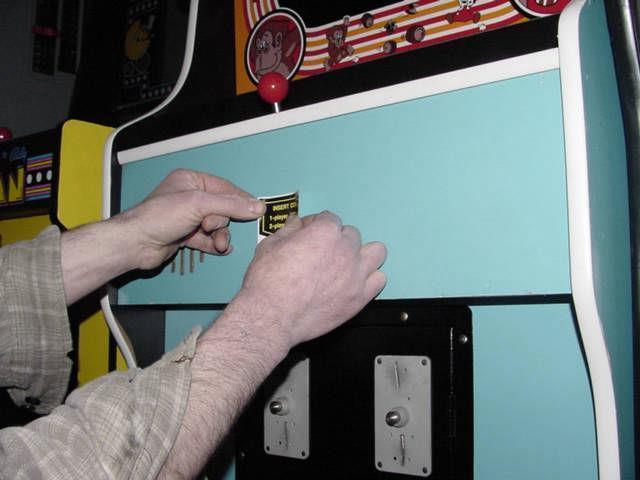 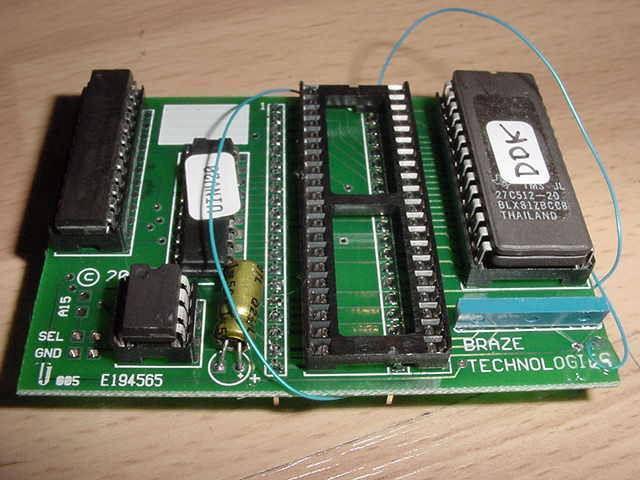 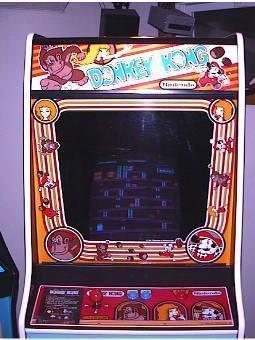 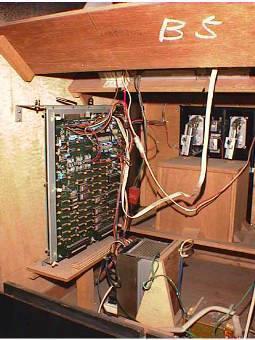 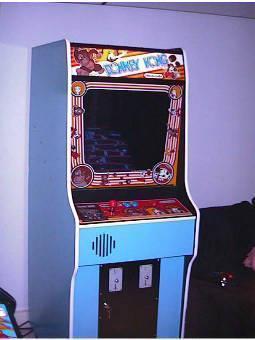 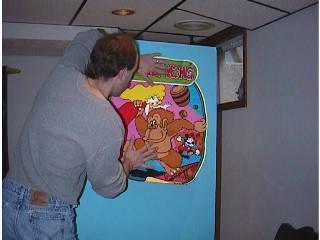 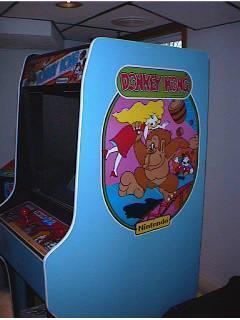 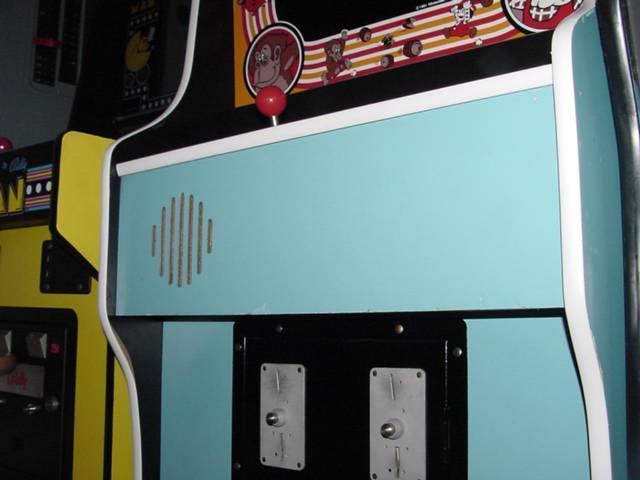 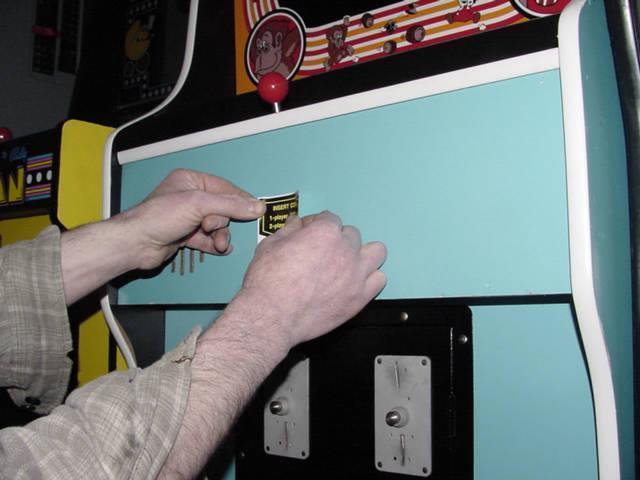 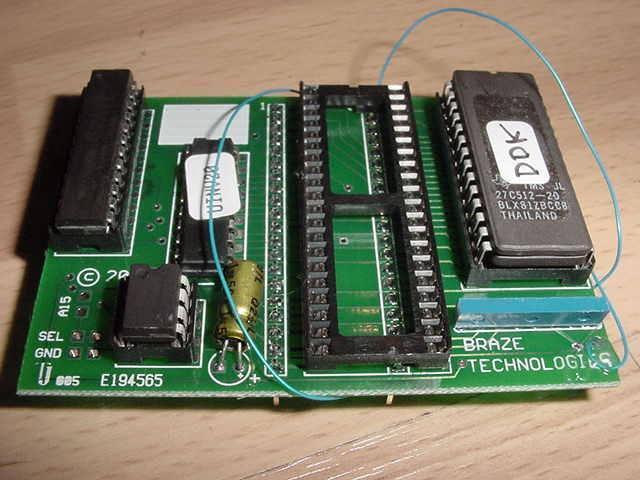 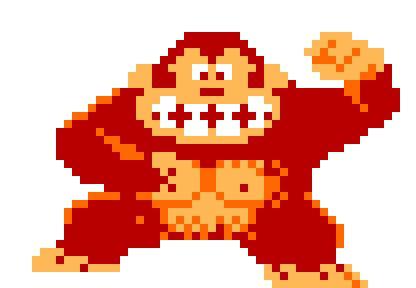 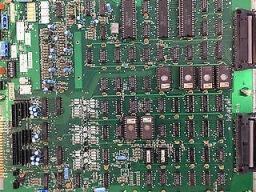