Ms Pac-Man was a sequel to the monster hit Pac-Man. Manufactured by Midway, this well loved game was available in both cocktail and upright versions. With a simple game play of moving around a maze collecting dots while avoiding the badies; Ms Pac-Man became the love of many.


This is the third piece to my arcade collection. First came a Crazy Climber cocktail table followed
by a Space Duel upright. I came across this game in an unconventional way. When I started my
new hobby, I was naturally very excited. As I was telling one of my co-workers about my new
purchases (a bulk purchase of 6 machines) He then said he had a Ms Pac-Man that he has had in his
den for some time. When I pushed him to sell it to me he did. This I great I thought. A working Ms Pac-Man that has been out of circulation for a while. It must be in good shape. Guess again.
My Ms Pac-Man had led a tough life. Heavily faded from years in the sun with a front that
was all damaged from a having a coin door hasp placed over it. It didn’t help that the coin door was
all crowbared apart anyway. In a large hole in the side, protruded a red toggle switch for the machines
power. When I asked about the switch, I was told that the owner didn’t like reaching around the machine to turn it
on and off so he moved the switch. I like things more stock so that would have to be repaired.
The front and sides had many spray can paint markings and to make matters worse, the machine
stopped working when the owner moved it out of his basement for me to pick it up.
Restoration:
The electronic repairs were not too tough. The main PC board had broken off of it’s mount
when the machine was moved and had broken off a few components. Since it had no schematics
I took it to my local electronics store and argued with my friend there if "this is a zener diode...No
its a capacitor... and so on. By the way.. They were right. Did you realize that Ms Pac-Man boards
are nothing more then reworked Pac-Man boards with some EPROM changes and a daughter card?
With the game functioning again, I set off on making Ms Pac-Man a pretty lady again.
The red switch was removed and I made a new mounting plate for a standard on/off switch as well
as puttied up the 1 inch hole in the side. A trip the paint store got me a gallon of blue paint that we
computer matched from the back of the machine. A new coin door was purchased to replace the
old mangled one and the wood damage to the front of the machine was repaired. New "T" trim was
easy and always adds a great finishing touch. The badly worn control panel overlay was replaced with a new one as well as the faded marquee. The hardest part was the repainting. Do you know that the art on Ms Pac-Man is entirely painted? This left me with hours of masking and painting of the lady herself and the 2 ghosts on the bottom. The sides were painted solid blue as repairing both sides would have taken a millennium.
If you to wish to restore a Ms Pac-Man, be sure to check out the FOR SALE links on the previous page. There you will find the links that got my lady looking respectable again. 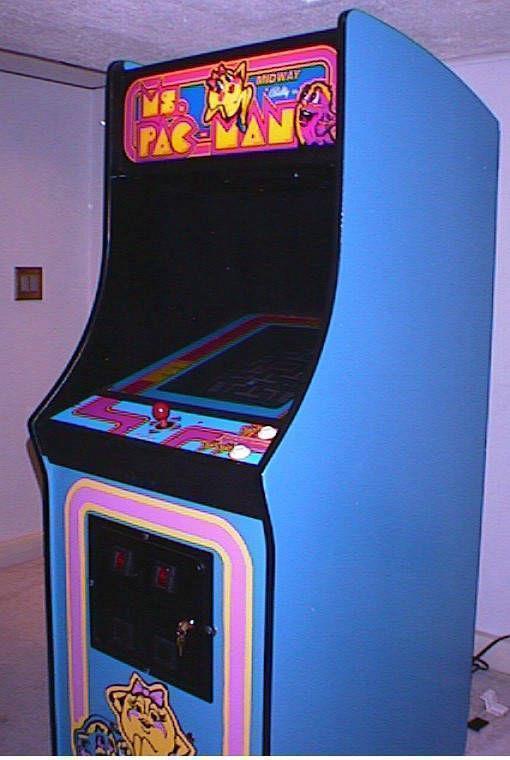 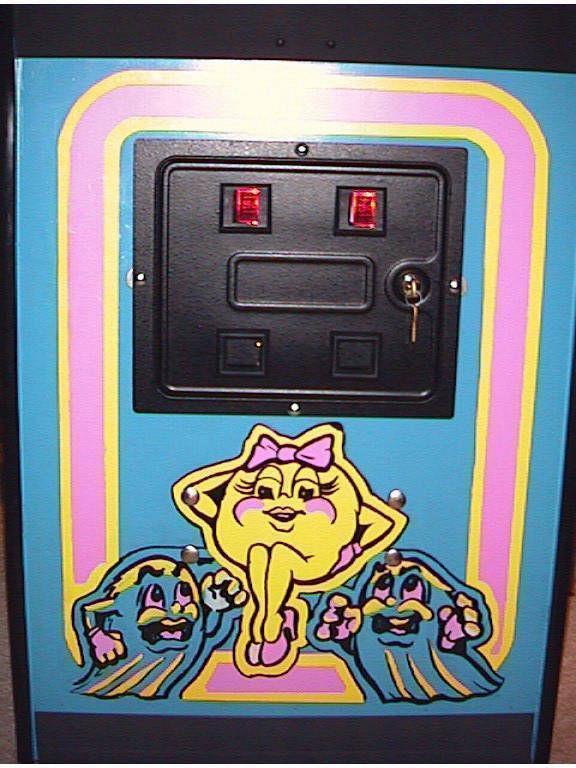 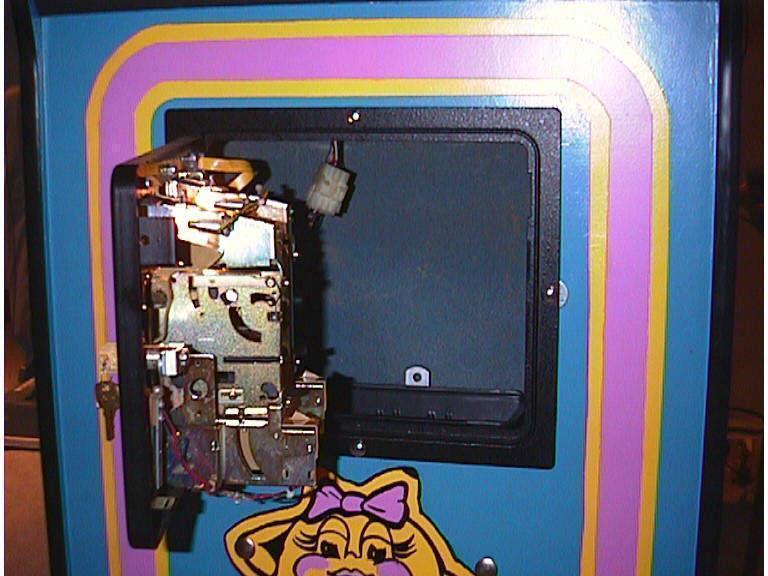 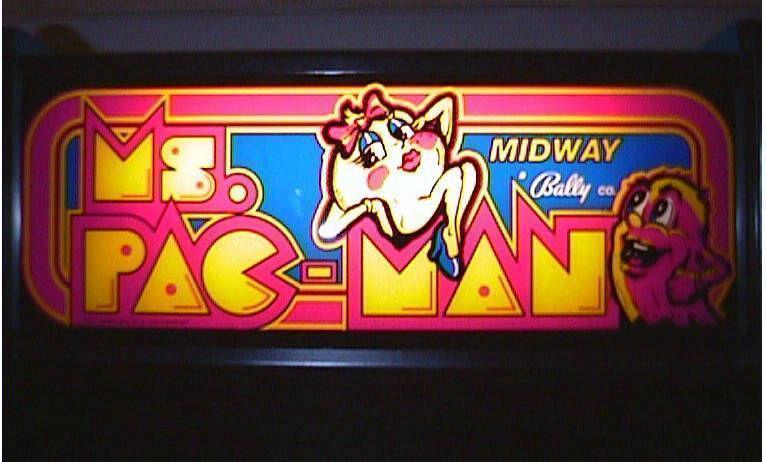 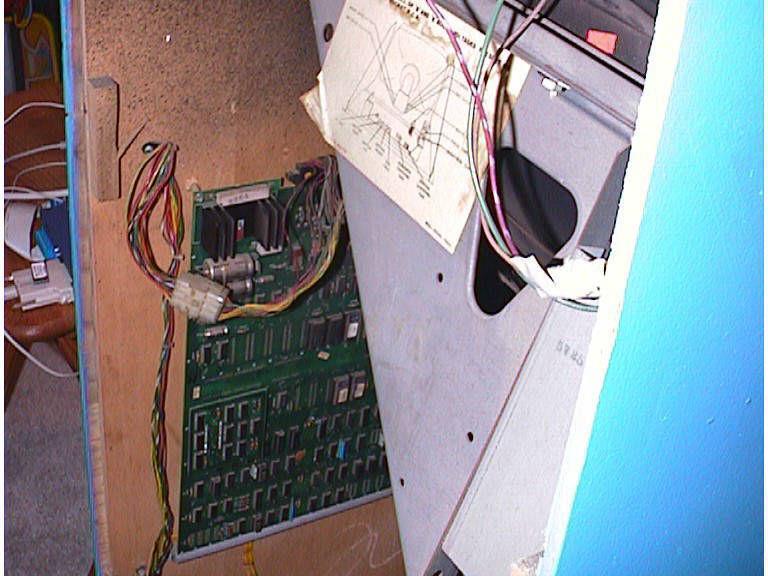 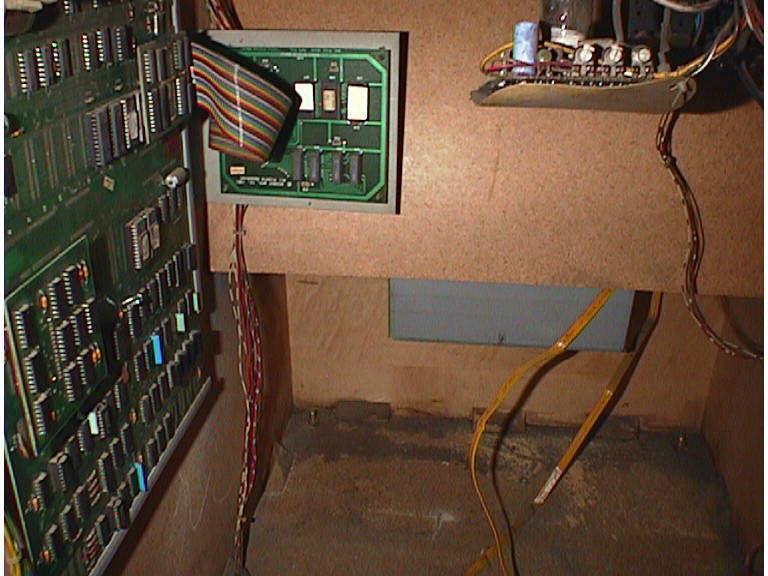 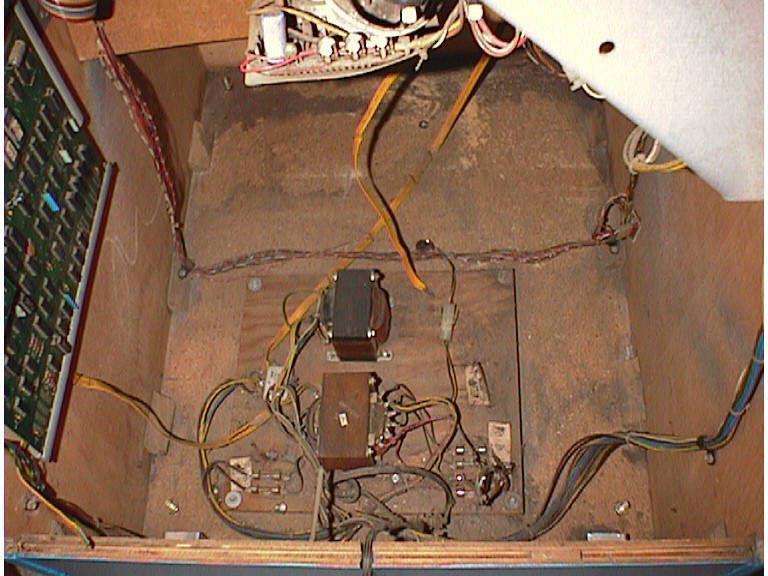 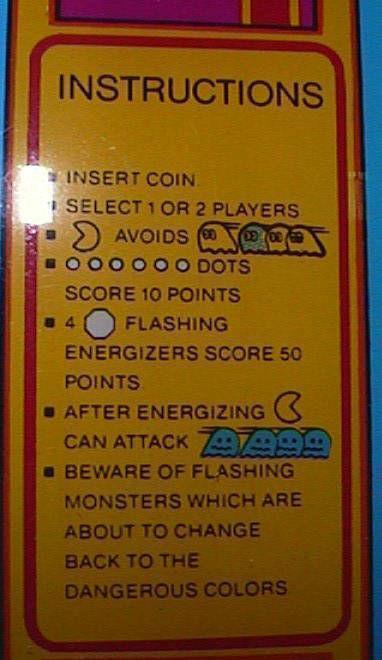 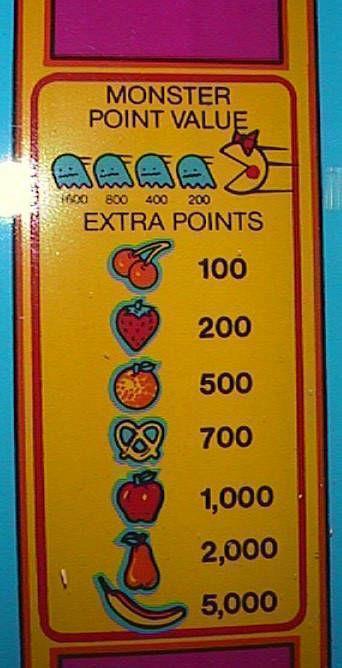 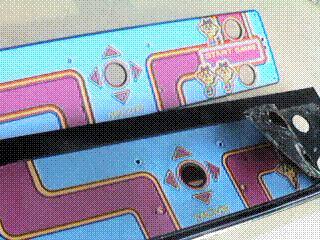 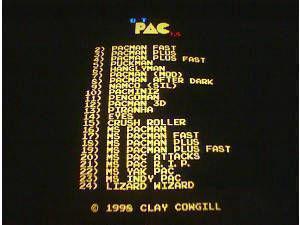 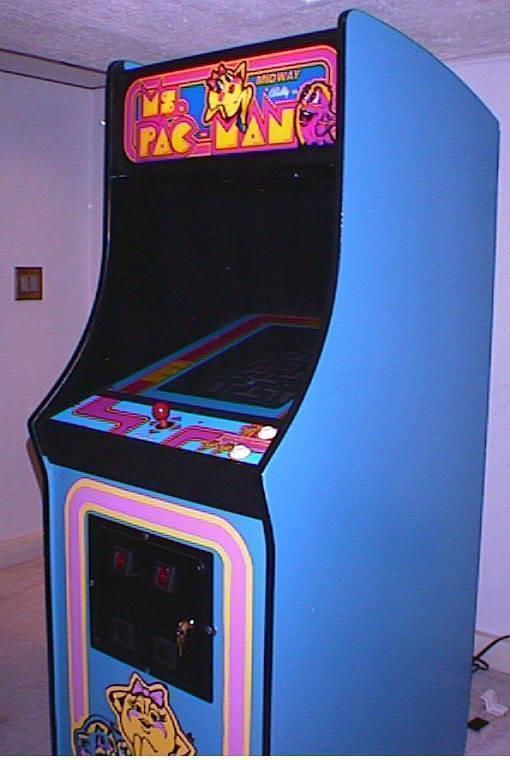 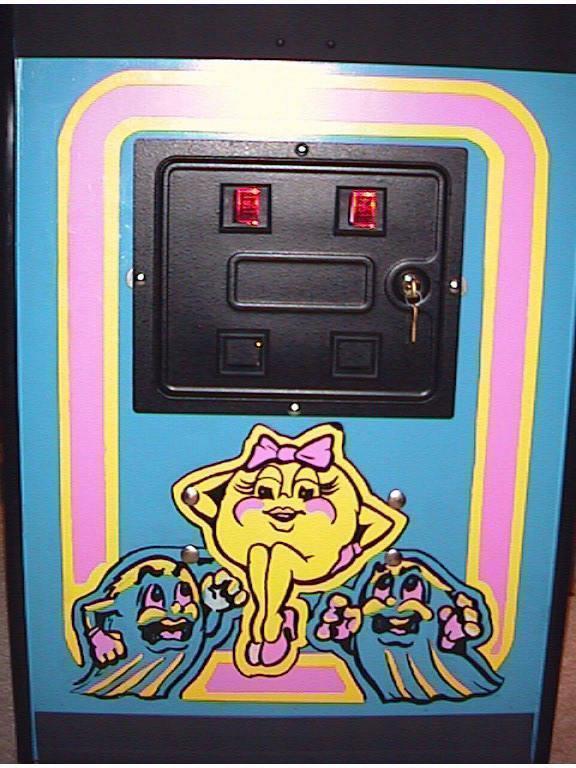 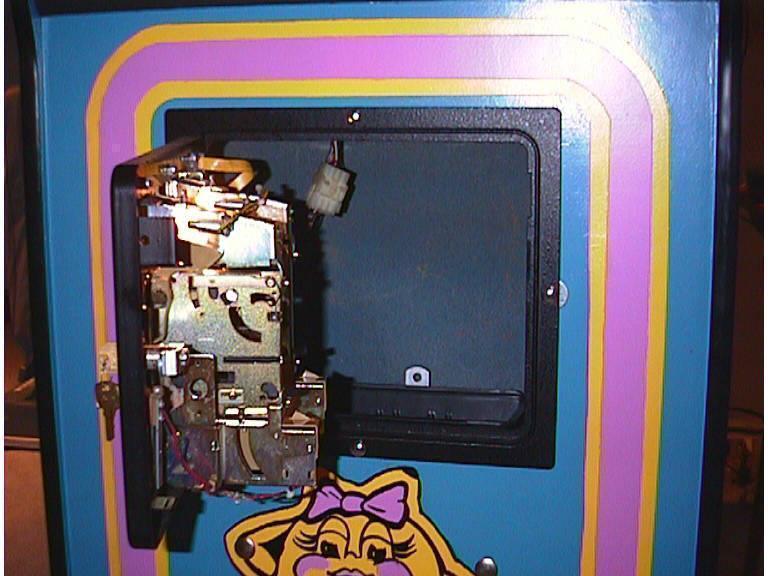 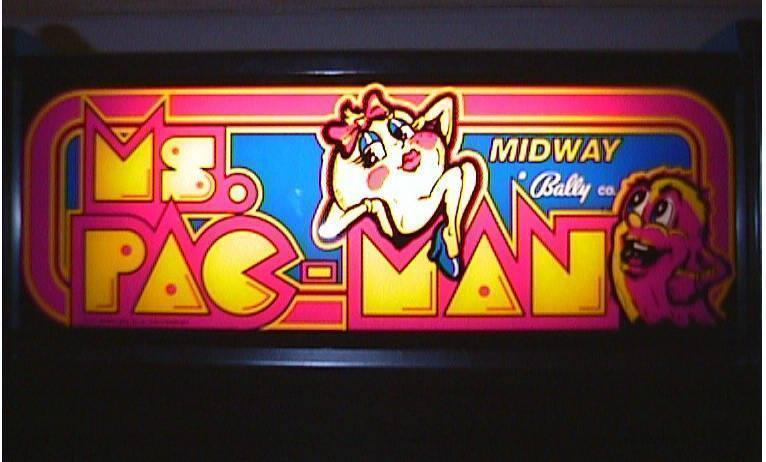 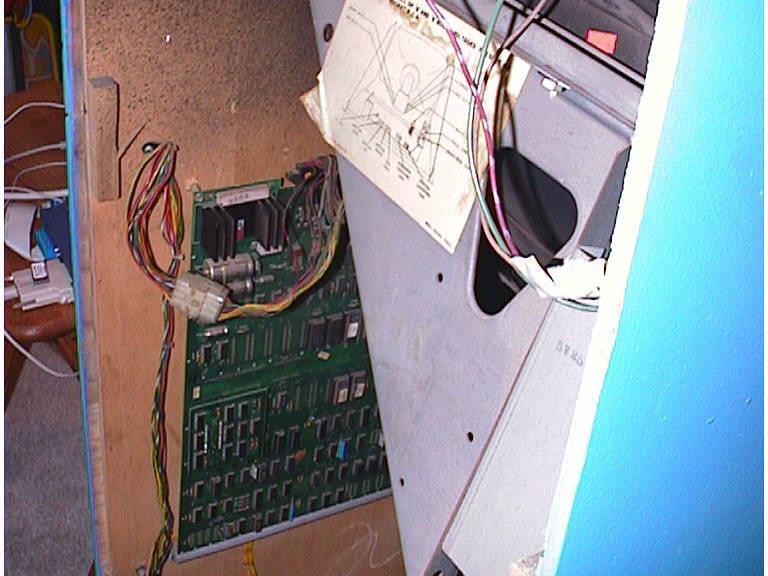 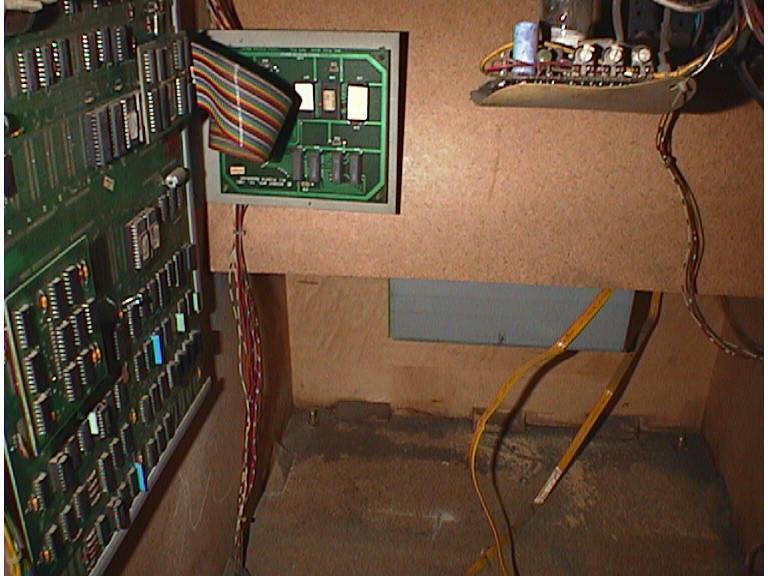 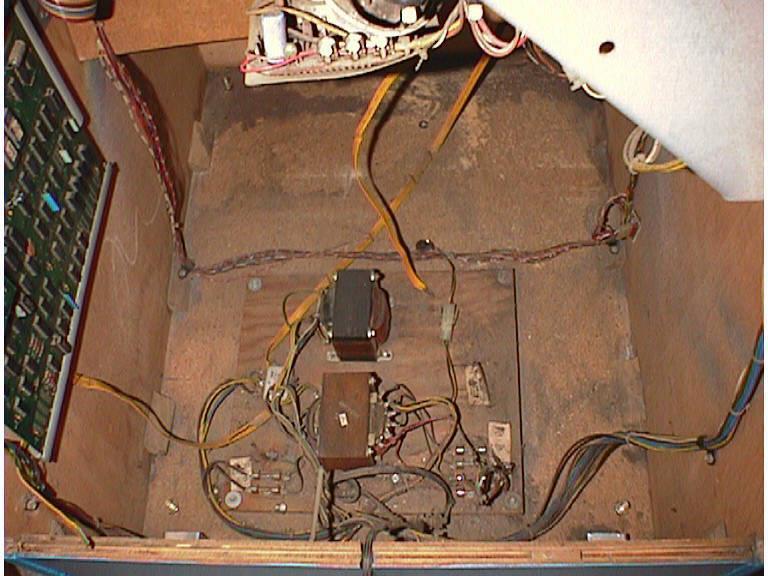 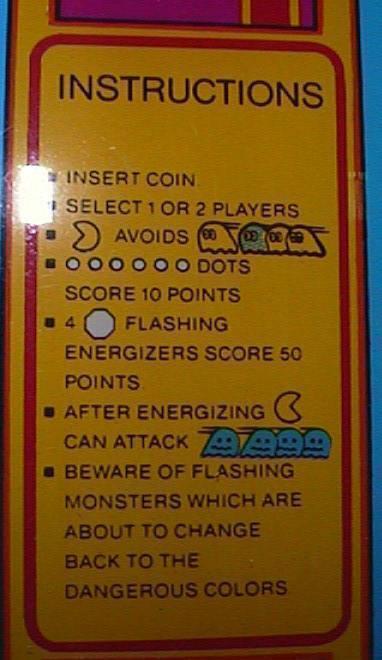 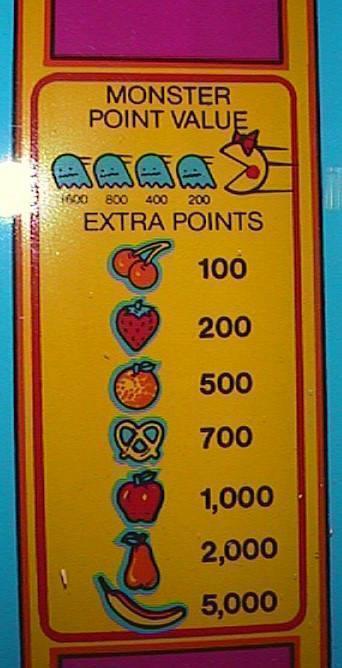 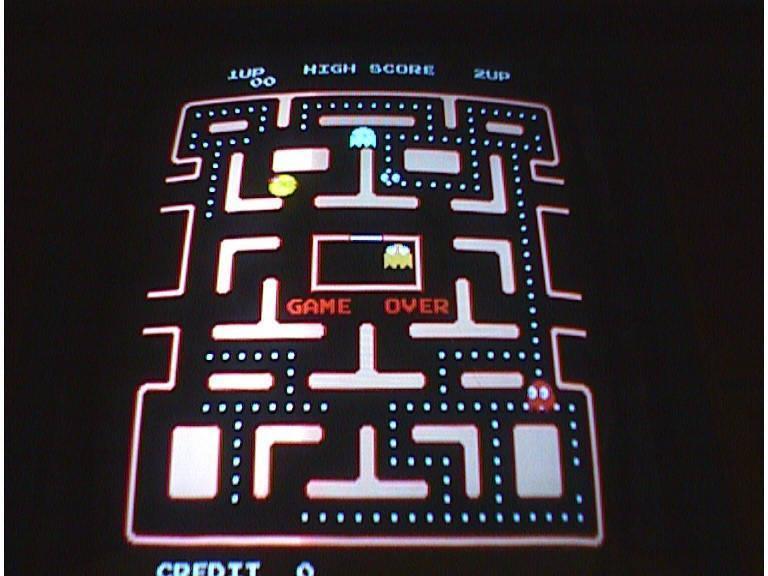 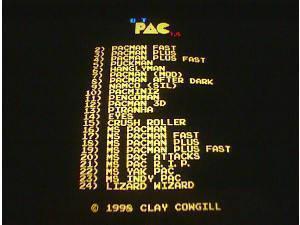