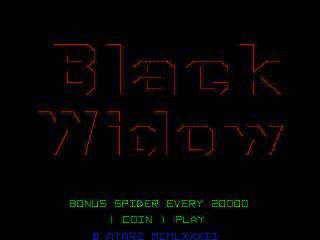 To be honest, I have never heard of this game until I started collecting. Black Widow seemed to escape every Arcade I visited in my younger days, but now that I have started to collect arcade machines, Black Widow needed to be included: Its sort of a Vector version of Robotron!

Manufactured by Atari, Black Widow holds a copyright of 1982 and has you as a spider in the center of the web. You must defend yourself from invading bugs that will try to run into you, blow you up if you shoot them. This game involves a dual joystick control effort. The left joystick moves the black widow around its web while the right joystick is used for directional firing. The premise is that the player must move the spider around the web while shooting and/or avoiding various deadly bugs and collecting bonuses after they are shot. This game was really only a conversion machine as even the "Factory New" machines were converted Gravitar cabs with a factory conversion kit installed.

I chased the machine I now own for almost 8 months before I finally got it. In the past, I had let a few Black Widows go to other bidders at auctions for, at the time, there were other wants more important on my list. Then came the day, at a smaller local auction, that I saw her. See stood off to the side, with very nice side art and a crisp monitor. The control panel would need some work, as someone thought that putting gobs of clear coat spray on it, would make it look better. But in the end, it only ran all over the place making it look worse.
Well long story short, the seller bought back the machine that day, because he wanted more then the 550 bid offered for it, and no one wanted to pay more for it.
A month or so later it was back and another auction, but again, same story, the seller bough it back when the selling tiered off. This went on 2 more times, but by now it was sort of a joke… Just how many times it this thing going to be bought back? Well I don't know why It happened, but the day came where the sell must have grown tired of moving it form show to show, and I was high bidder when the dust cleared at this machines final auction appearance. I don't really remember what I paid for it, I think about 400 bucks
The Restoration
Well this is going to be a short lesson. Restoration was minimal at best. I knew that a fellow collector was working on some reproduction Black Widow overlays, so I put the machine in storage awaiting the release of the replacement art. A few months later, the overlays were ready. I pulled the machine out and installed my new overlay, added some new trim, vacuumed out the inside and recapped the monitor for a preventive maintenance measure.
(Don't you love the easy projects)? Time to go blast some bugs!

Picture Gallery of My Black Widow 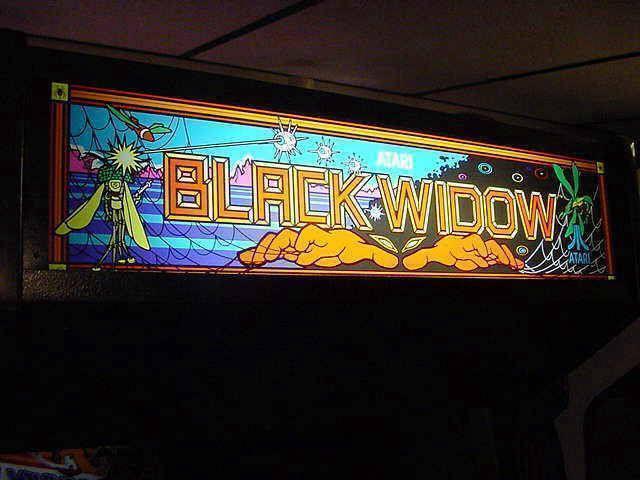 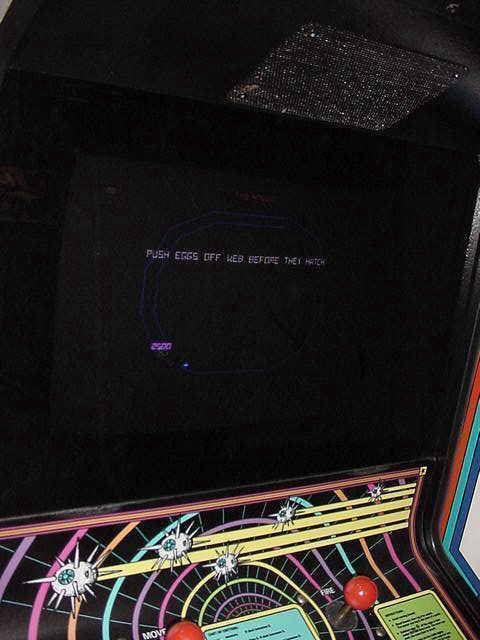 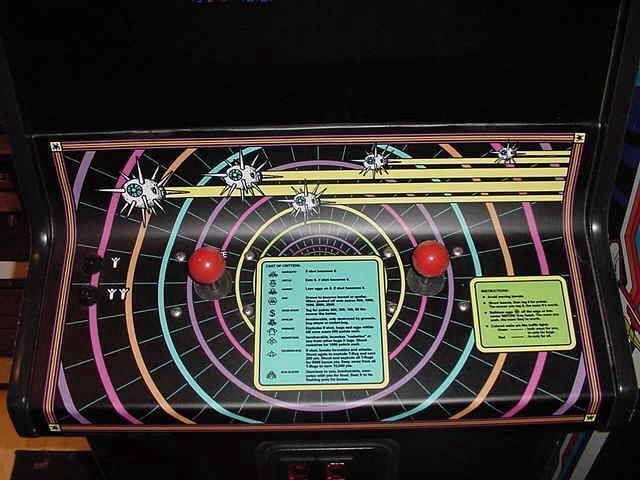 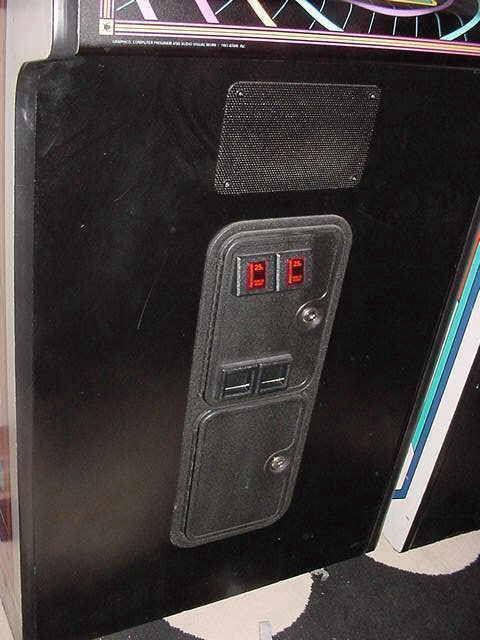 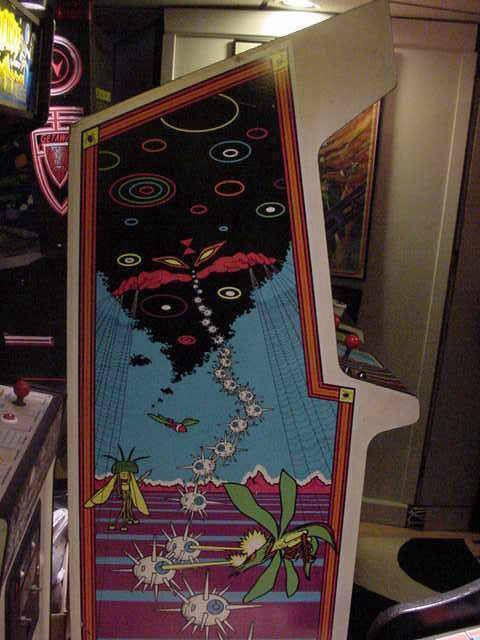 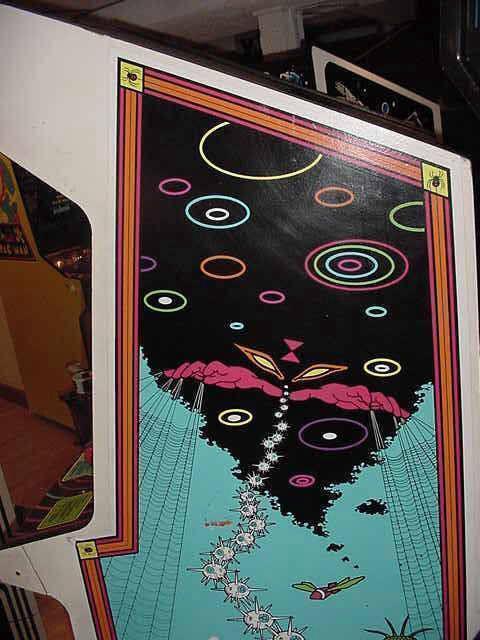 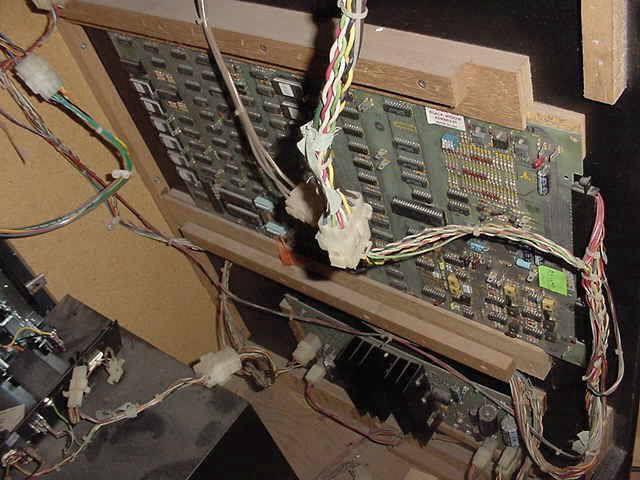 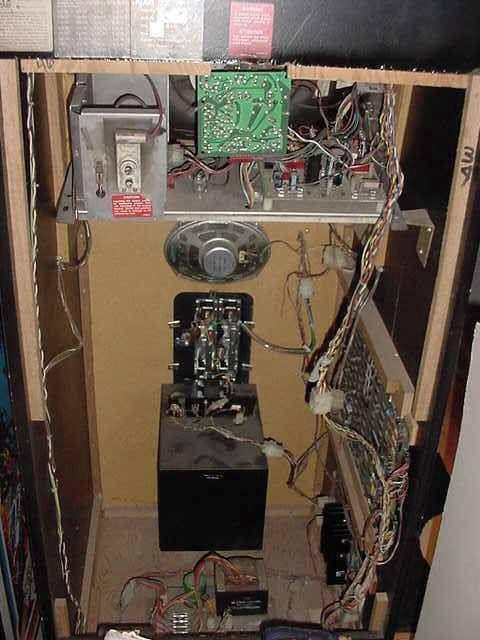 Black Widow inside side 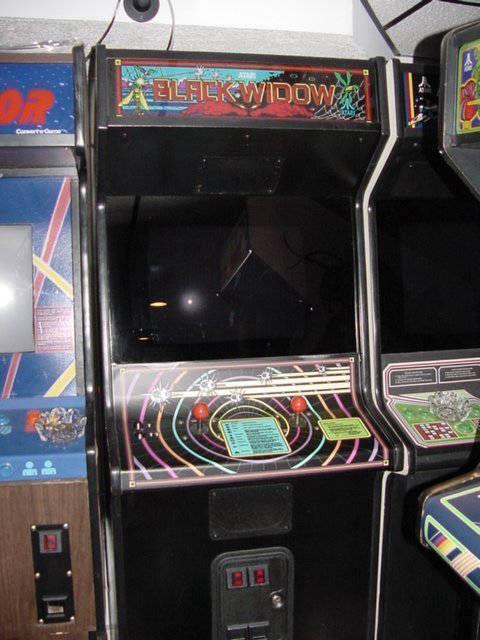 The Black Widow of the Bsement Arcade 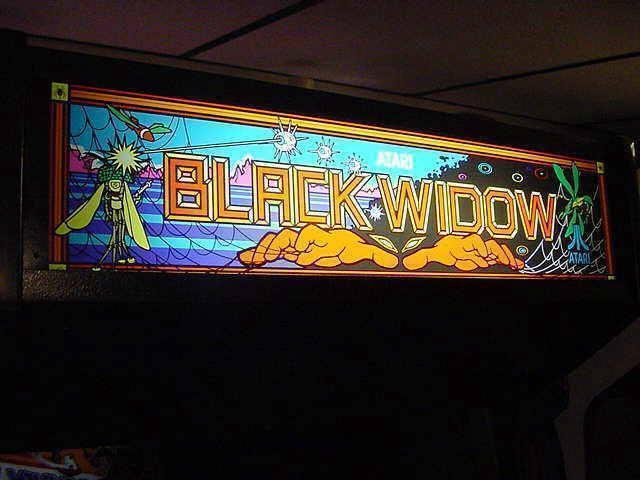 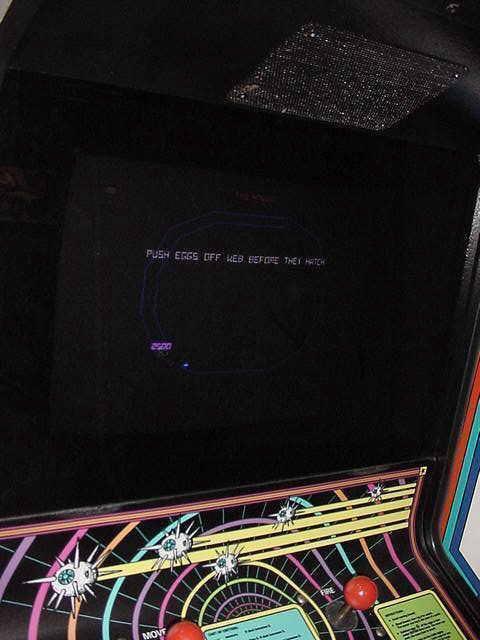 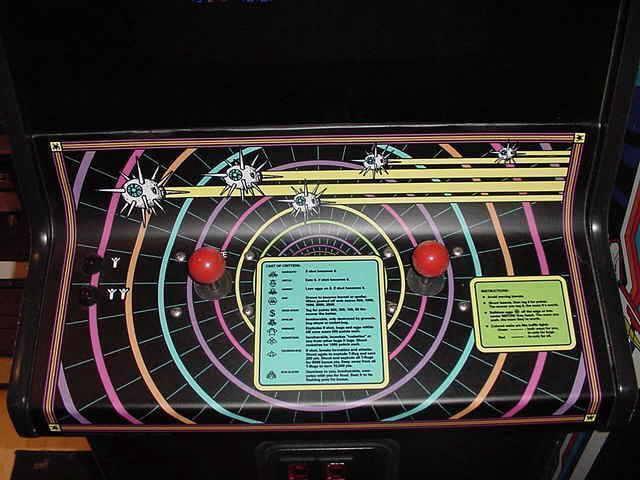 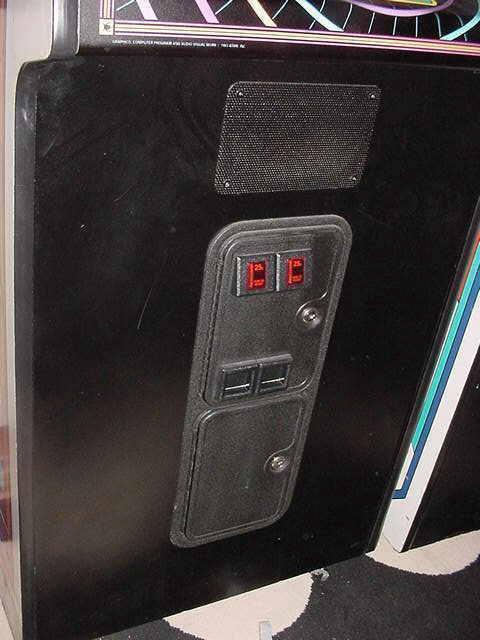 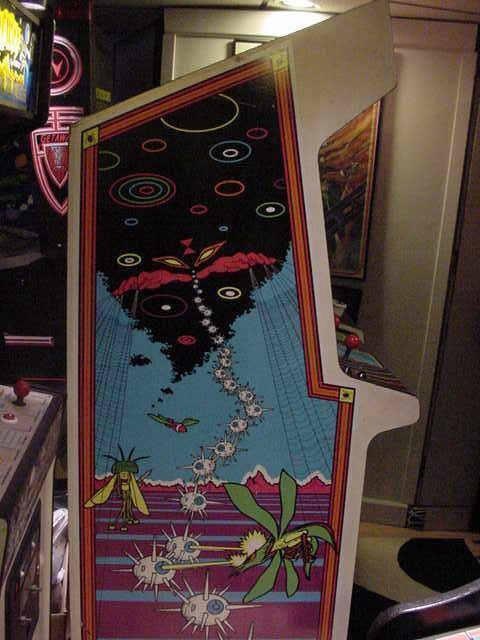 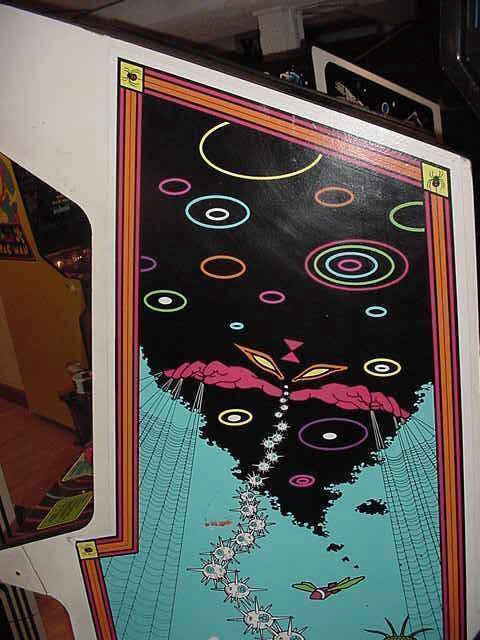 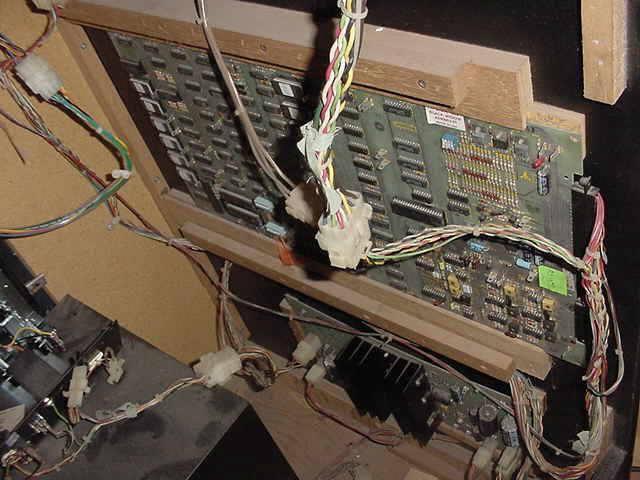 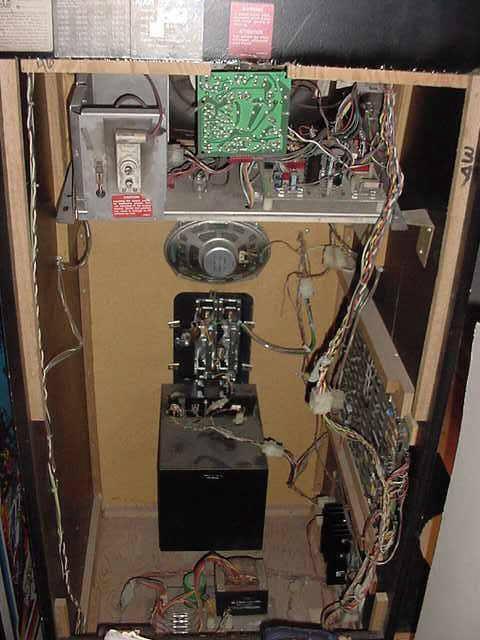 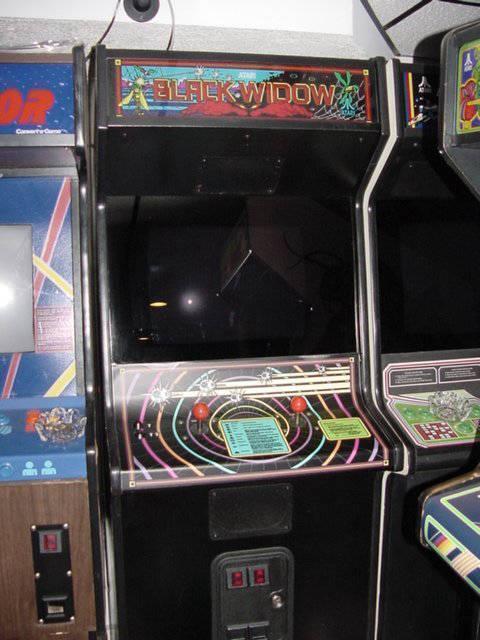 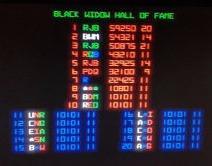